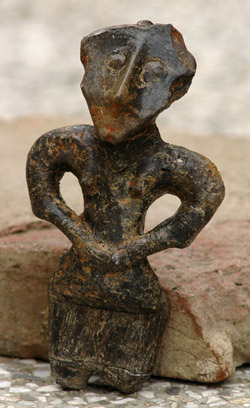 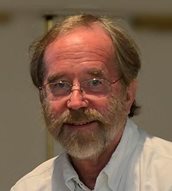 The story begins approximately 13.8 billion years ago with the Big Bang. A brief introduction will trace the evolution of the universe to what we observe today. Many of the formative events occurred in the first tiny fractions of a second (e.g., electrons, protons, and neutrons appear) to a few tens of thousands of years (elementary particles react to form the first elements which leads, in turn, to the development of stars due to local density fluctuations). Planet Earth nucleated and began to accrete interstellar debris ~4.5 billion years ago. While the lighter metal elements on earth formed primarily due to stellar supernovae explosions, the primary mechanism leading to the formation of the heavier elements has only recently been demonstrated. The first known sophisticated stone tools used by huminids, found in northern Ethiopia, date to 2.6 million years ago Gold is likely the first metal discovered by man, &gt;11,000 years ago. However, unlike copper (Mesopotamia, ~9000 BC), bronze (Iran, ~5000 BC), and cast iron (China, ~600 BC), it was too soft for fabrication of tools and weapons. Instead, gold was used for decoration, religious artifacts, and commerce. Spectacular metal sculpting displaying very high levels of metallurgical and artistic craftsmanship have been found in Mesopotamia (S. Iraq). The earliest high-purity Au artifacts derive not from Egypt, as commonly thought, but from NE Bulgaria ~6500 y ago; however, the largest known concentration of ancient gold mines is in the Egyptian Eastern Desert. Metal extraction from ore, copper smelting, was already being
carried out in the Balkans (E. Serbia and S. Bulgaria) ~7500 years ago. Gold brazing of metal parts was first reported in ~3400 BC in Sumaria. The earliest documented thin metal films were gold layers, someless than 1000 atoms thick, produced chemi-mechanically by Egyptians ~5000 years ago. Examples, gilded on copper and bronze statues and artifacts (requiring interfacial adhesion layers), were found in hewn stone pyramids dating to ~2650 BC in Saqqara. Spectacular samples of embossed gold sheets date to at least 2600 BC. Electroless gold and silver plating was developed much later by the Moche Indians of Peru in ~100 BC.
Gas-phase deposition of thin layers of metal and ceramic films on bulk substrates (as used in manufacturing of today’s transistors, hard discs, LED TVs, etc.) had to wait for the invention of vacuum pumps (~1650 for mechanical pumps, similar to modern bicycle pumps, but with gas flow in the opposite direction) through ~1865. The fascinating development of crystallography (Plato [Greece], 360 BC; through Kepler [Germany], 1611; Haüy [France], 1780s; and Miller [UK, 1839]), was essential for describing crystal structure in modern materials science, mineralogy, and geology. While an historical road map tracing the progress of materials technology is interesting in itself, the stories behind these developments are even more remarkable and provide insight into the evolution of scientific reasoning.