presented by the Rocky Mountain AVS

Registration is now available for the Rocky Mountain Chapter of the AVS at the National website by clicking below.

Please help the Rocky Mountain Chapter contain the costs of our Symposium by staying in rooms from our block at the Westminster Double Tree Hotel! 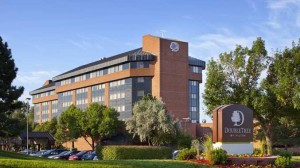 A block of rooms has been reserved for attendees of the 2018 Rocky Mountain AVS Symposium and short course program.   For 2018, the Rocky Mountain Chapter is required to pay to the DoubleTree hotel a penalty equal to the price of the room for any rooms not reserved and used by RM-AVS attendees.  This is a new policy, and could noticeably increase the cost of putting on our event.

Rooms from the room bock are a very good deal.  The Rocky Mountain Chapter room rate is $116.   This is a much reduced over the best rate available on the hotel’s website of $156 (as of May 2018).

To get this excellent rate, please use/mention the group code AMV and group name: American Vacuum Society- Rocky Mountain Chapter when reserving either on the hotel’s website or by calling the hotel at 303-427-4000.  A direct link to the group reservations page is:

An added bonus of this special rate is that it is available the whole week, and into the weekend after the RMC event if you want to stay and enjoy Colorado!

Neil Peacock Board of Directors of the AVS Vacuum Technology Division, chair of the AVS Recommended Practices Sub-Committee on Ionization Gauges.

The course begins with a definition of vacuum and a description of the physical conditions existing in a vacuum environment. Following this introduction will be a discussion of gases at low pressures and the interactions between gases and solids. The phenomena of gas flow though vacuum systems will then be examined. The primary components of vacuum systems, with an emphasis on pumps and gauges, will be described.

Requirements for materials compatible with the vacuum environment will be discussed. Various sealing techniques will be described, including coverage of all demountable flange systems in common use today. Common vacuum system configurations and operational procedures will be outlined. The course will finish with a description of vacuum leak detection methods and the far-reaching applications of vacuum technology today.

Ample time for questions and discussion will be scheduled. A comprehensive list of references will be provided for those wishing to learn more detailed information about specific areas. The emphasis of the course will be to provide practical information for individuals with minimal training in vacuum technology.

Managers, technicians, engineers, and scientists who desire an introduction to the concepts, hardware, and instrumentation used in applied vacuum technology today. Those interested in a short review of vacuum basics will also find this course valuable.

The course discusses fundamental approach towards surface analytical methods. The basic principles of XPS will be discussed along with approaches towards qualitative and quantitative analysis. Benefits of chemical analysis will be discussed in details. The state of the art types of commercial instrumentation available will be introduced. Types of analytical data, i.e. large and small area spectroscopy, depth profiling, and imaging will be presented. Examples of the use of XPS with many types of materials and to diverse kinds of problems (eg. surface contamination, corrosion, catalysis, failure analysis, metrology) will be presented. Good practices for spectra processing and data analysis will be discussed as well.

In the second section, basic principles of AES will be discussed along with limitations and advantages of this method for different applications. Auger mapping capabilities will be demonstrated for several examples.

Scientists, engineers, technicians, and students who desire a practical, current understanding of XPS and AES.

Thin-film technology is pervasive in many applications, including microelectronics, optics, magnetics, hard and corrosion resistant coatings, micromechanics, etc. Progress in each of these areas depends upon the ability to selectively and controllably deposit thin films (thickness ranging from tens of angstroms to micrometers) with specified physical properties. This, in turn, requires control — often at the atomic level — of film microstructure and microchemistry.

Essential fundamental aspects, as well as the technology, of thin-film nucleation and growth from the vapor phase (evaporation, MBE, sputtering, and CVD) are discussed in detail and highlighted with “real” examples. The course begins with an introduction on substrate surfaces: structure, reconstruction, and adsorption/desorption kinetics. Nucleation processes are treated in detail using insights obtained from both in situ (RHEED, LEED, STM, AES, EELS, etc.) and post-deposition (TEM and AFM) analyses. The primary modes of nucleation include 2D (step flow, layer-by-layer, and 2D multilayer), 3D, and Stranski-Krastanov. The fundamental limits of epitaxy will be discussed.

Experimental results and simulations will be used to illustrate processes controlling 3D nucleation kinetics, island coalescence, clustering, secondary nucleation, column formation, preferred orientation, and microstructure evolution. The effects of low-energy ion-irradiation during deposition, as used in sputtering and plasma-CVD, will be discussed with examples.

Films are deposited by sputtering for their useful properties in microelectronics, surface protection, optics, etc., by a variety of sputtering techniques. The film properties depend on the parameters of the sputtering system, such as pressure and substrate bias.

This course provides an understanding of the cause and effect of changes in sputtering parameters on the energetics of the sputtering and deposition processes and their relationship to film properties. The energy and distribution of species ejected from the target are discussed. The effect of the sputtering system on material transport to the substrate and subsequent film deposition is also discussed for films of metals, alloys, and compounds. The parameters of different sputtering systems (diode, triode, magnetron, and ion guns) with DC and RF power supplies are discussed with respect to film properties.

Scientists, technicians, and others involved in the deposition of thin films by sputtering who want to understand the effects of operating parameters on the properties of metal, alloy, and dielectric films.

Various forms of contamination in a vacuum system affect the environment in which vacuum processes are conducted. Understanding and controlling these contaminants are important steps in producing the desired chamber conditions or products.

This course addresses three phases of in-chamber contamination: gases, films, and particulates. The origin of these contaminants and methods of eliminating them are discussed. The emphasis is on defining the level of control required and identifying the appropriate procedures necessary to establish that control. There will also be discussion on the environment that must be achieved in the chamber and how it is related to the vacuum system operating and maintenance procedures and the environment outside the chamber.

This course is presented in a semi-workshop, interactive format.

Those responsible for the production of contaminant-free products and for the design, operation, and maintenance of vacuum systems producing these products. The course will also interest suppliers of components and products that either control or produce contamination in a vacuum environment.

Neil Peacock Board of Directors of the AVS Vacuum Technology Division, chair of the AVS Recommended Practices Sub-Committee on Ionization Gauges.  September 12, 2018

In this course you will gain knowledge and insight about:

Need to work with a vacuum system, keeping it operating and leak free with more than tribal knowledge?  Do you think vacuum systems are intimidating?  Want to tame and understand vacuum systems?  Then this is the course for you.   Attendees will first gain insight, in vacuum system basics, operating and successfully using a vacuum system.  Then, about half the course time will be used to improve or gain familiarity and skills about leak detection, using a helium mass spectrometer leak detector. This will be a basic introduction from a user’s point of view, without large amounts of math or theory and useful to vacuum system operators, technicians, engineers or managers.

It will be useful to vacuum system operators,  technicians, engineers, managers, especially those who are relatively new to high vacuum and leak detection.

For more information about registration for the courses at the National AVS in Long Beach, CA contact Heather Korff, [email protected]rg (530)-896-0477.

AVS is pleased to announce “Courses By Request.” Through an online form, you tell us which course(s) you need, the time frame in which you need them offered, how many people (other than yourself) are interested in the same course(s), and your traveling restrictions. As requests are received, the Committee will work to identify additional interested participants, and schedule the course(s) at a facility and date that will meet everyone’s needs. To request an AVS Short Course just complete the “Courses By Request” online form,  http://www.avs.org/Education-Outreach/Short-Courses/Short-Courses-by-Request    If you have any questions about AVS Short Courses send us a note at [email protected] or  call us between 8:30 a.m. and 4:30 p.m. Pacific time at 530-896-0477.

Have a request for RMCAVS short courses?

For more information or to suggest/request a short course, please contact: